2017
Third year University Degree Final Major Project. The aim of my Final Major Project was to raise awareness and inform of, the dangers posed by plastic on our marine wildlife. Each year, 8 million tonnes of plastic ends up in the sea and as an extremely durable material, it breaks up but never goes away - because of this animals are ingesting it, becoming entangled in it and in some cases, ultimately dying as a result.
This part of the project consisted of a campaign pack, featuring an information booklet outlining the issues with plastic in the sea, as well as fundraising materials such as a t-shirt, tote bag and postcards. These served as an accompaniment to the interactive wall display in part 2 of the project.
Each of the campaign items features illustrations of marine animals, which I originally hand drew in ink.
View Part ii of Plastic Sea 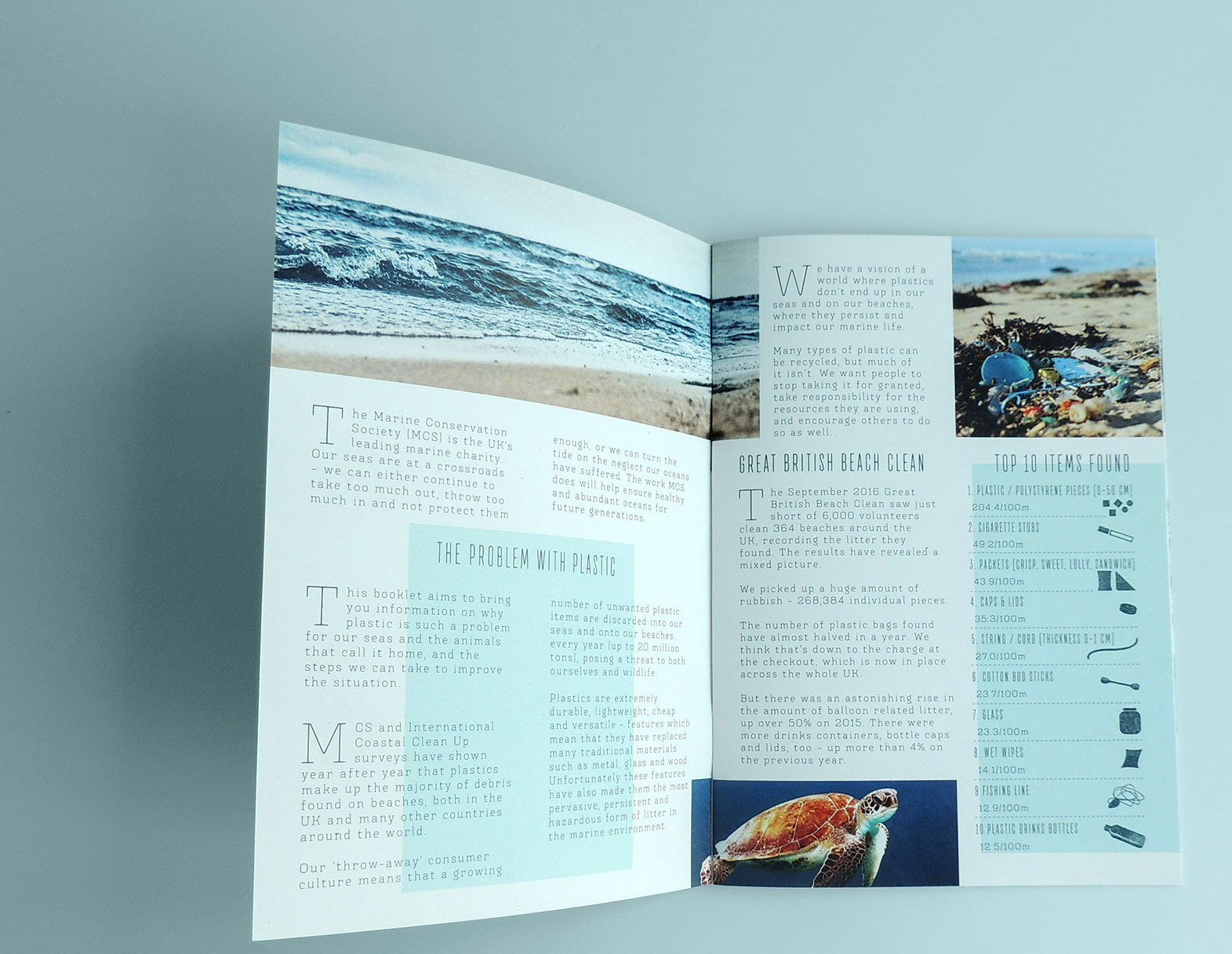 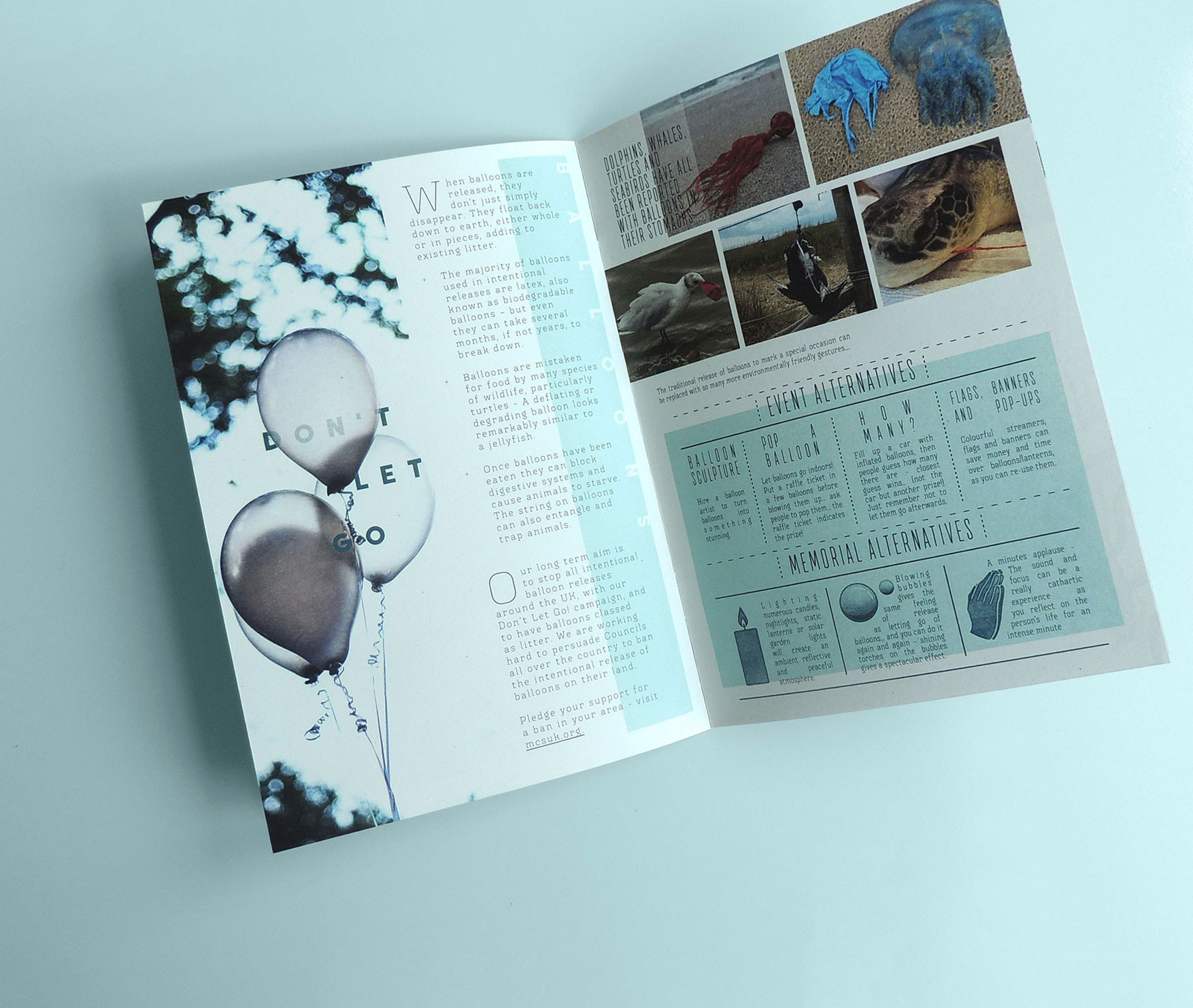 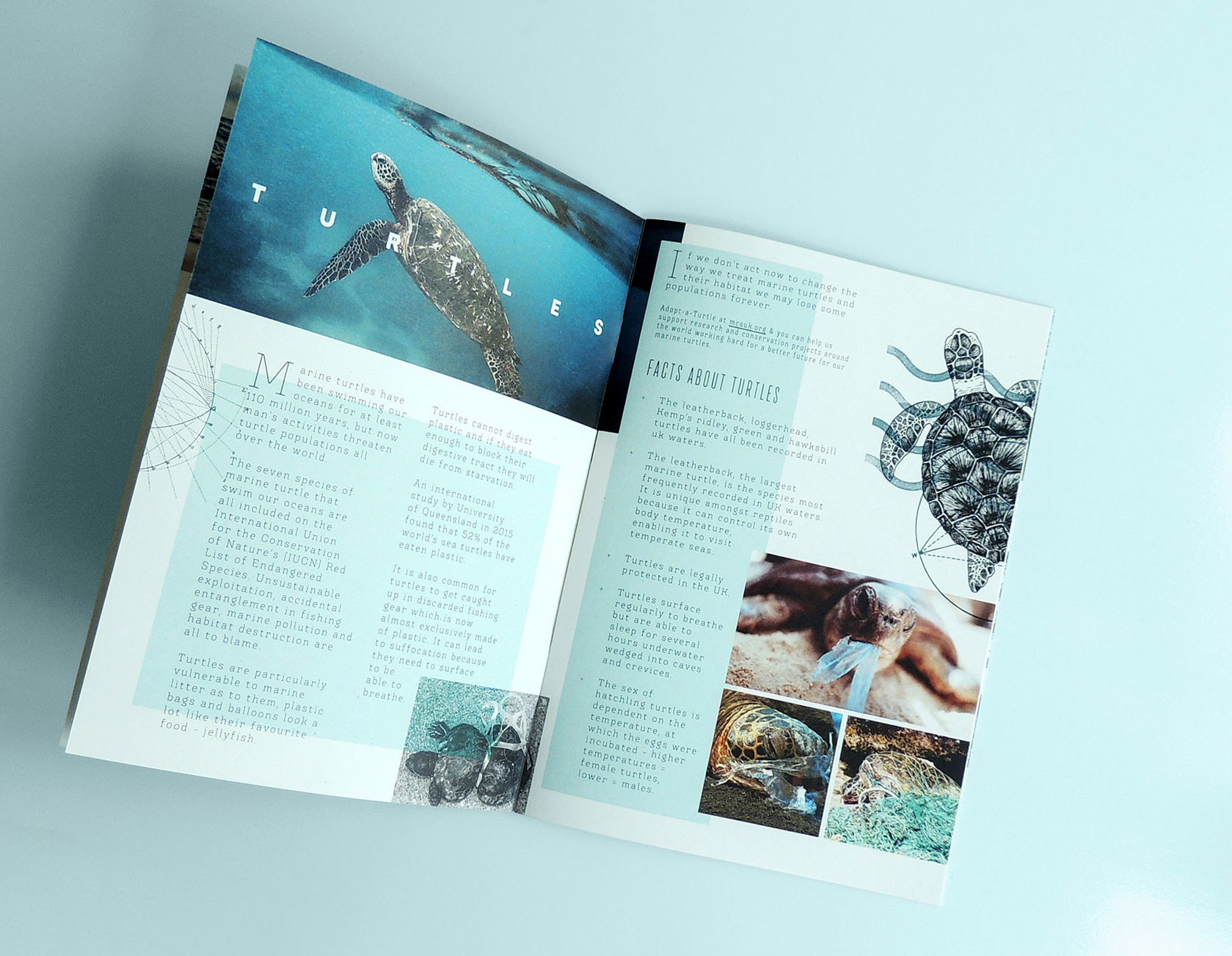 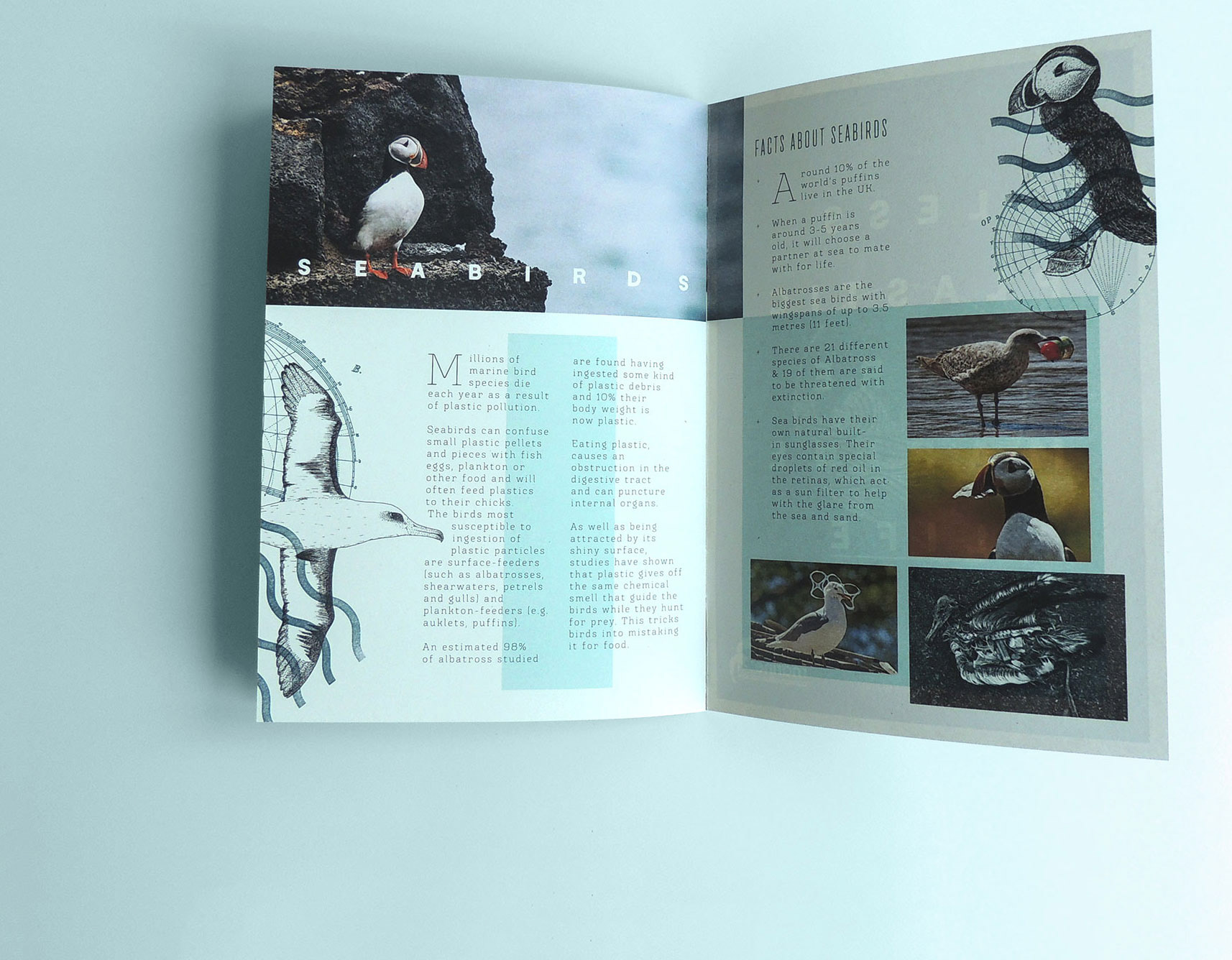 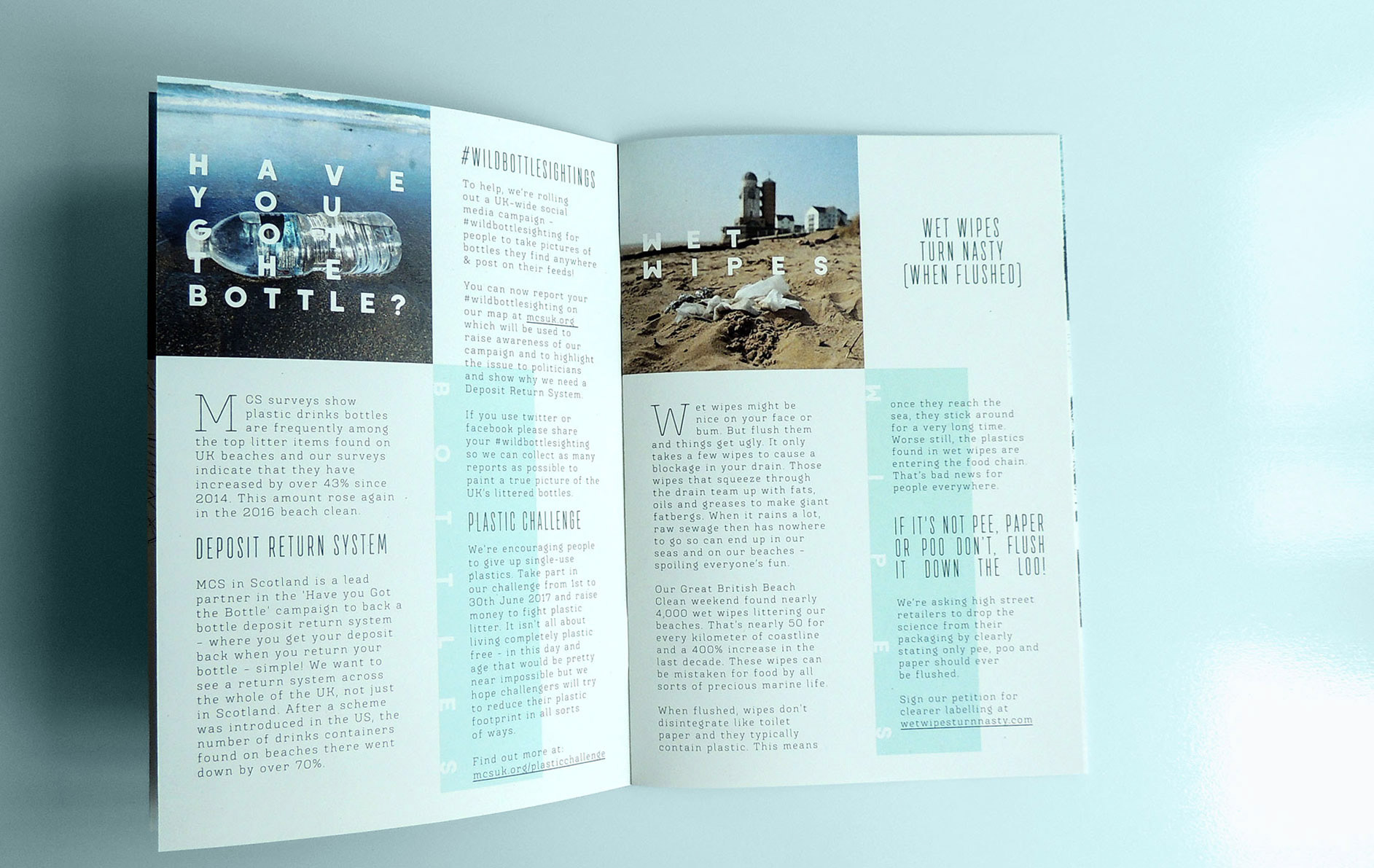 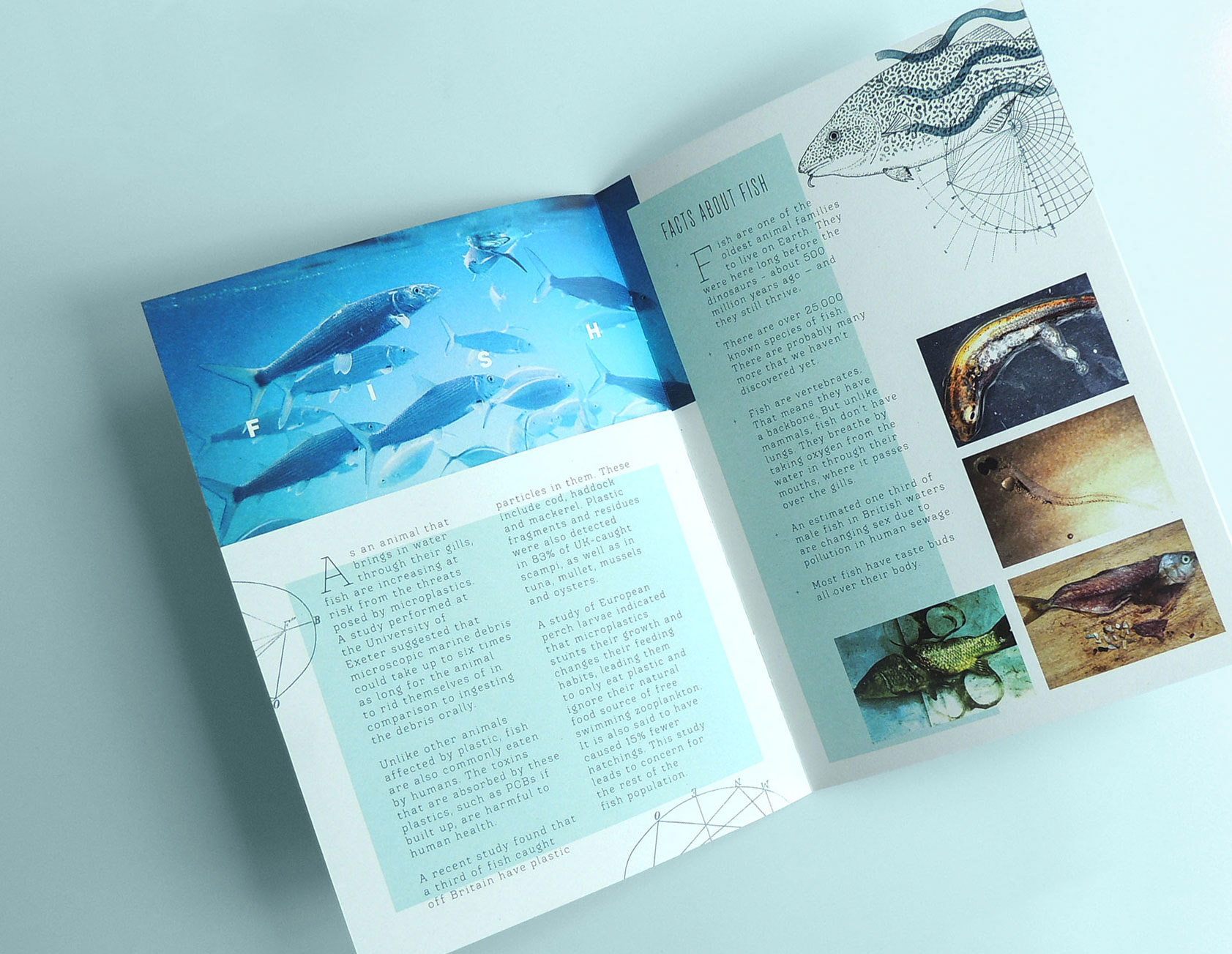 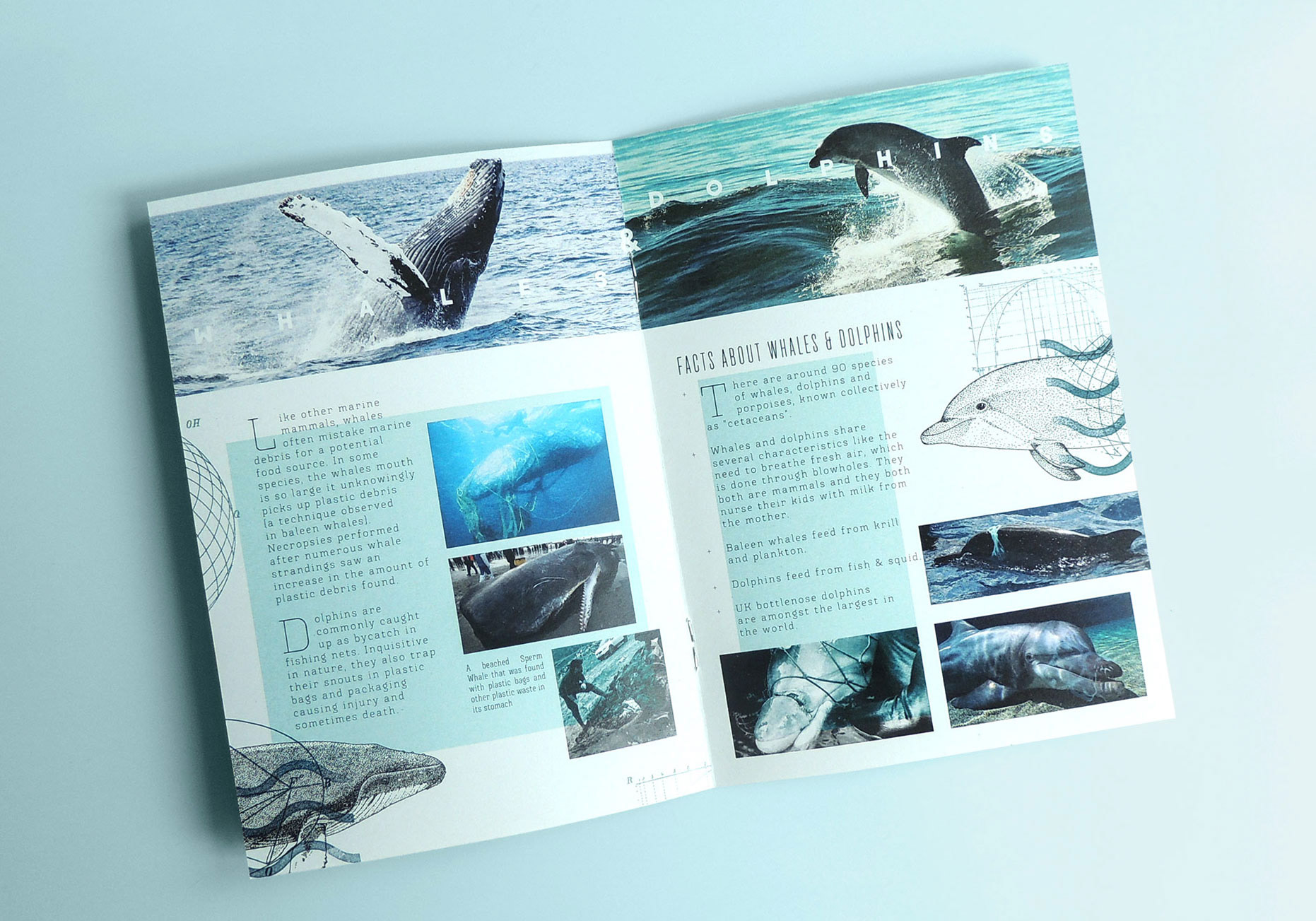 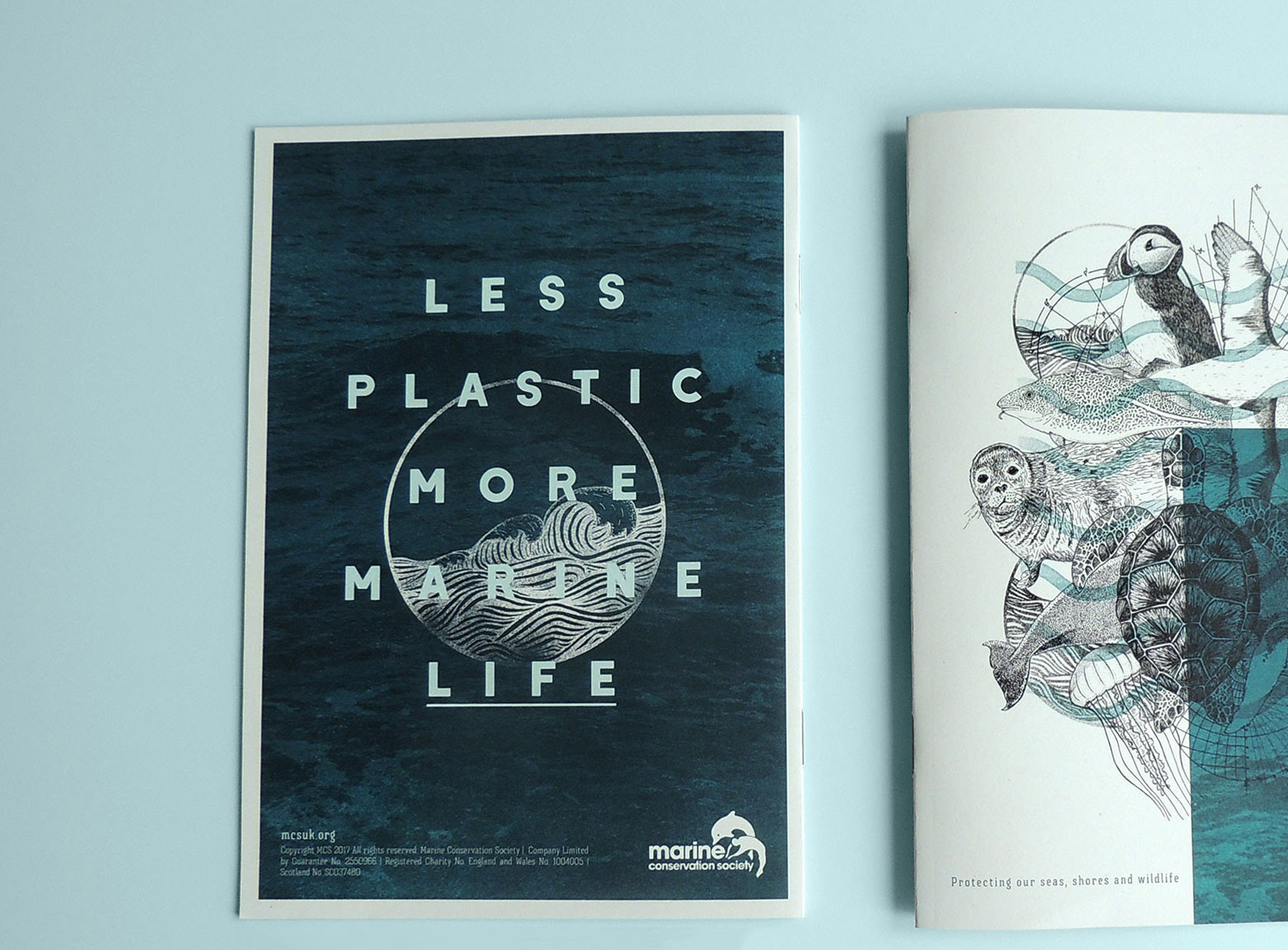 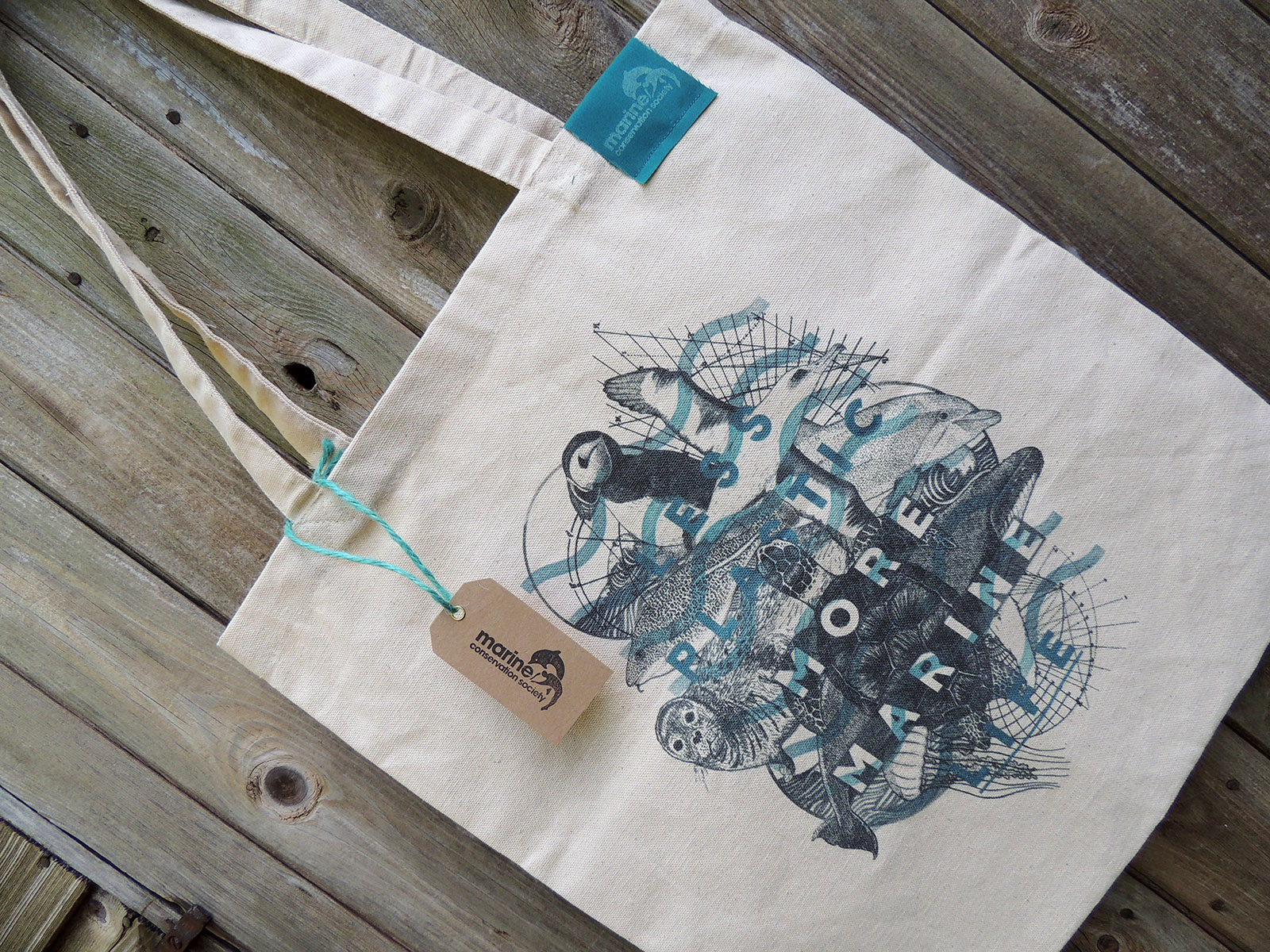 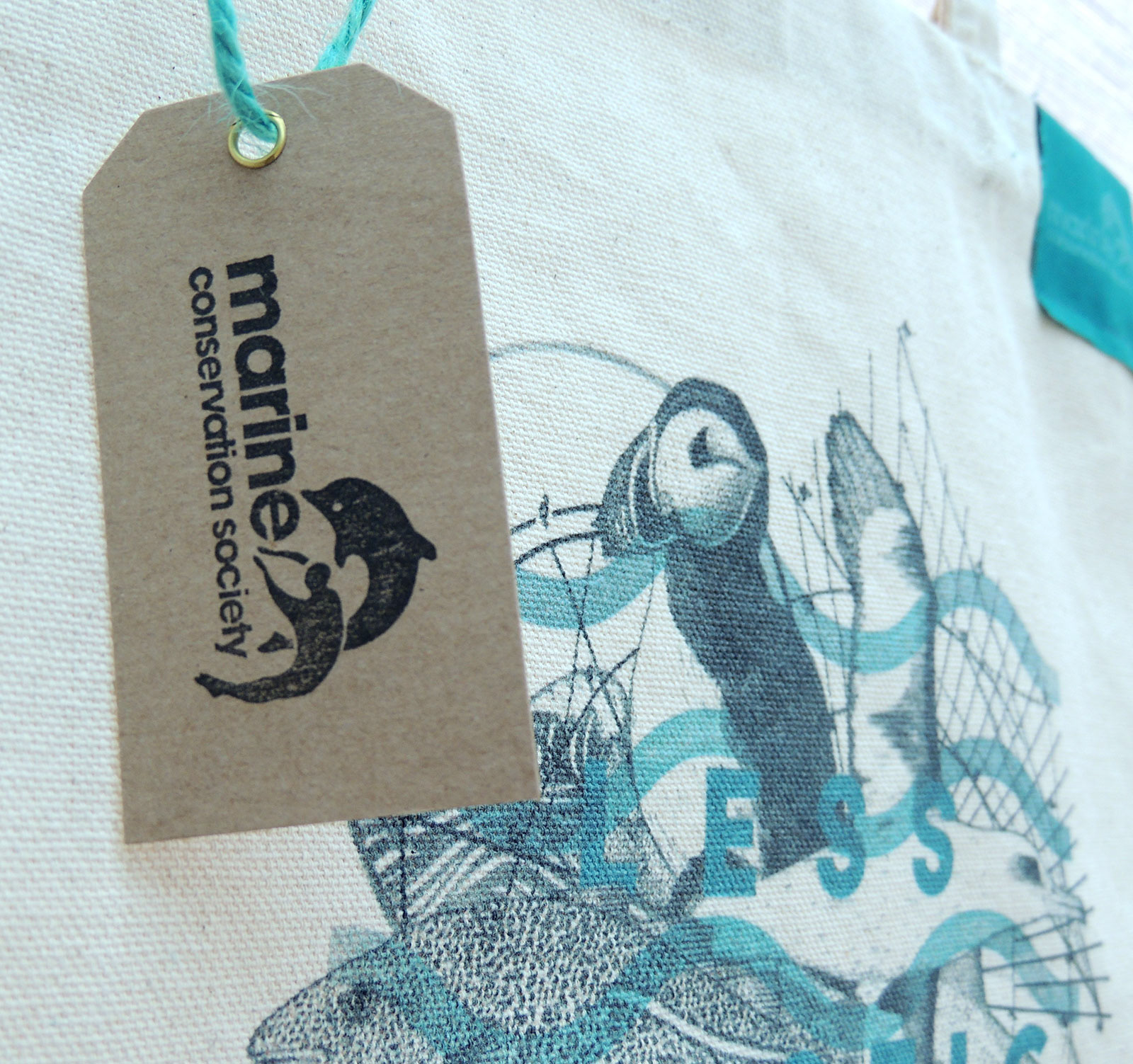 Insert copy here, which should vary depending on your region. Accept